Distillation – How Is Rum Produced? Part 3

Please click here for Part 1 about sugar cane and Part 2 about the fermentation stage.

Now that we have fermented the raw materials, we can move on to distillation stage. The fermented liquid is placed in a still. During early stages of rum production, these were pot stills, but as technology has advanced these are now almost universally column stills. From here the still is heated to around 80 degrees C which is where alcohol boils and then evaporates. The steam created from this evaporation is then collected and re-condensed. When re-condensed, this liquid will be between 40-98% alcohol depending on the environmental factors in which it was created. This could be bottled and sold as rum if desired by the manufacturer. At this stage the rum will be colourless and clear and is quite raw.

It would be easy to say that this procedure seems quite basic and simple. However, there are a variety of different factors which go into this science of the distillation. The shape and size of the stills (which are hand made) all add to the final product. The stills could be very complex or remarkably simple. Also at this stage, some distillers may choose to remove certain chemical elements. We now have raw rum which could be bottled. But in most instances we now move onto our next stage in the production cycle which is aging. 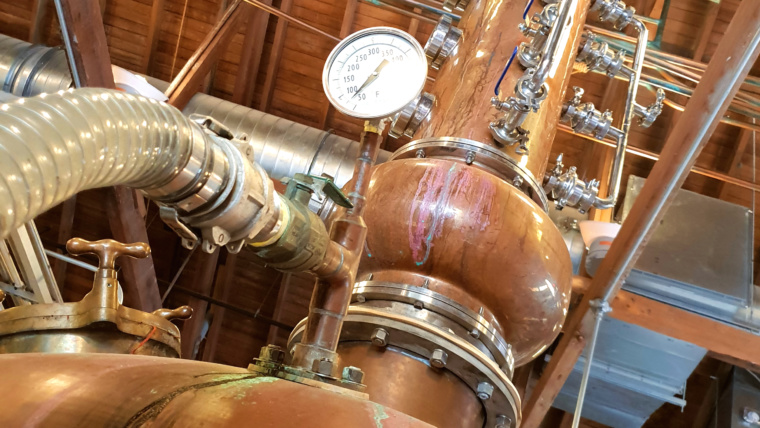